We’ve likely all heard by now the breathless media accounts of how Shopify last week overtook Royal Bank as the largest company in Canada with a market capitalization of $127B. It’s 39 year old CEO, Tobi Lutke is now the 4th richest man in Canada, surpassed only by 100+ year old family dynasties like the Westons and Thomsons, and Joseph Tsai (Alibaba) who although a Canadian citizen is actually a Hong Kong resident. It’s anyone’s guess as to just exactly how many Shopify secretary millionaires and 25 year old coder millionaires there are now, but suffice it to say – LOTS!

We’re not usually ones to cry over spilled milk, but we do think it’s just as important to reflect on and learn from poor decisions as it is to celebrate the successful ones. With that in mind, consider that Goodreid bought 22,995 shares of Shopify for $57.83 on October 6, 2016 when it was a $5B market cap company. We sold it around $223 just under two years later in July of 2018, which seemed like a wise move at the time, but in hindsight was not. Had we held all 22,995 shares through today, that stake would be worth $24.6m (had we not trimmed it, which of course we would have).

Having said that, we continue to scratch our heads over the meteoric ascent of this stock, which has lost money on a Generally Accepted Accounting Principles (GAAP) basis in every single year of its existence, and continues to lose money today, despite rapidly growing sales. Moreover, its employee and management compensation packages are extremely lucrative every year - incredibly with the consent of shareholders who endorse this practice with their proxy votes (although we voted against it) - with stock option expense that routinely approximates 10% of annual sales, and it further dilutes shareholders serially with regular secondary offerings of common stock including another $1.8B offering just last week, such that its share count has risen 45% since we bought it. It is a great Canadian success story, and perhaps the singular most innovative company in Canada, and that’s great for Canada, but it doesn’t necessarily make it a great stock to own – on a prospective basis, as opposed to a retrospective one.

With thanks to our friend Mark Deriet, the well-regarded quantitative/technical/macro strategist at Cormark Securities, here are some interesting charts showing the relative performance of other wunderkind stocks that have surpassed Royal Bank as the largest company in the land….briefly. History doesn’t always repeat itself, but often it rhymes.

Potash Corporation of Saskatchewan (now known as Nutrien) got up to around 8% of the overall TSX Composite Index in late 2008 (“everyone has to eat”) and went vertical vs. Royal Bank for about 2-years.

Blackberry hit an $85B market capitalization and also went vertical relative to Royal Bank for about a year in 2008.

Bausch Health Companies Inc (formerly known as Valeant) hit an $89B market capitalization and out-performed Royal Bank for about 7 years (we think it got to around 7% of TSX) culminating in 2015
And of course, the grand-daddy of them all (chart not shown) ….Nortel Networks got up to a $366B market capitalization comprising over 30% of the TSX (plus the weight of its former parent company, BCE for a total of nearly 50% of the TSX) in 2000 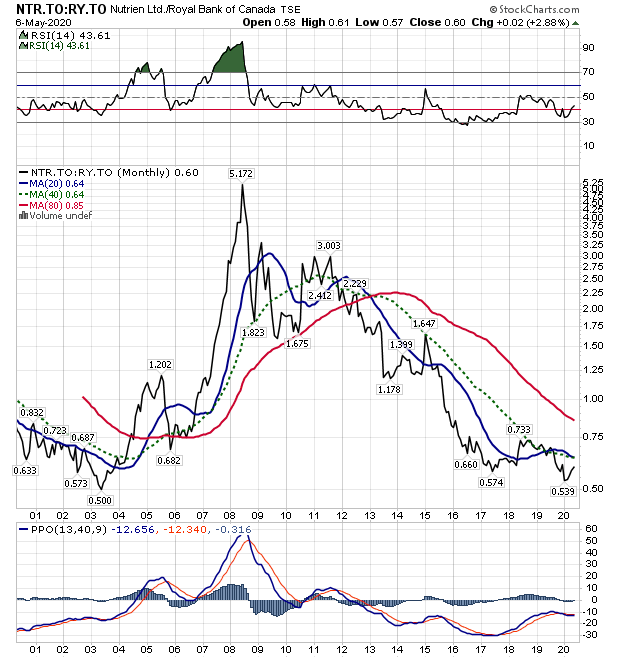 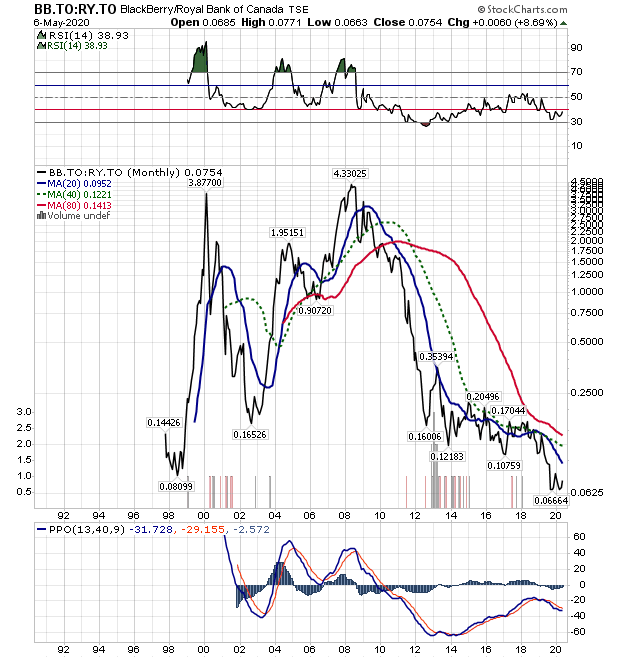 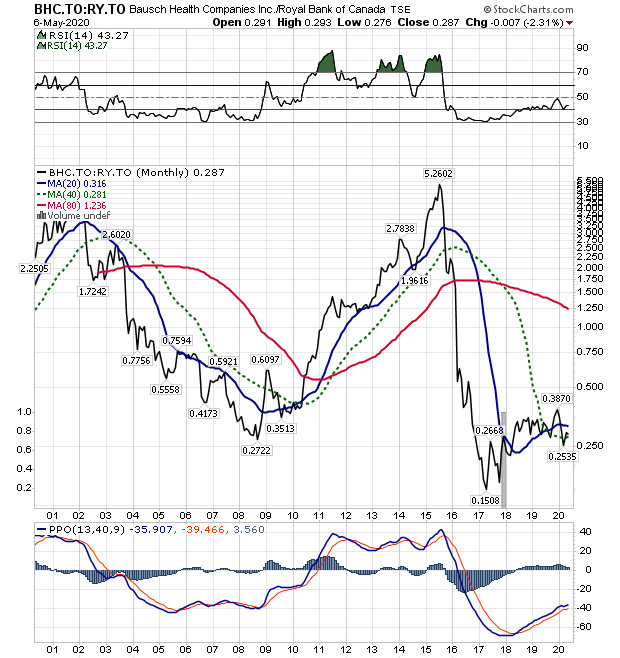 Brian began his investment career in 1997 with one of Canada’s foremost independent research firms.

A common assertion made by investors these days, both novices and pros alike, is that stocks are expensive after the fastest and sharpest recovery from a bear market in modern history.

Market corrections are uncomfortable. Investors’ emotional responses are rooted in the worry that a catastrophe will occur.

In Defence Of Active Management

On August 4th, the Globe and Mail reported that just 17% of large-capitalization equity fund managers in Canada outperformed their benchmark in the second quarter, which proved to be the worst quarter for active managers in at least 17 years.

It seems that every time I look at the Business section of a newspaper or tune into a Business channel someone is asking whether we should “take some off the table”. This bugs me on a couple of levels.

Today marks the thirtieth anniversary of an investment approach developed to aid investors who were searching for a path to long-term wealth creation.

What We Learned from Canadian Banks Q1 2019 Earnings

Canadian banks are important…not just to Goodreid’s clients (although they are very important to us, comprising nearly 20% of our Canadian portfolio), but to the overall direction of the S&P TSX Composite Index...